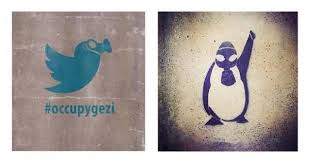 Empirical studies analyzing the relation between repression and social movement mobilization find mixed results: repression leads to deterrence in some cases while causing a backfire in others. This project investigates whether using social media impacts repression backfire (i.e., public reaction of outrage) as a reaction to police violence. We use survey data from Gezi Park (Istanbul) in June 2013, during the first week of Gezi Movement in Turkey. Our results show that social media is effective in mobilizing participants who are least expected to attend the movement, such as those with less experience in former protest participation, or lacking organizational ties. While friendship networks are effective in the intial stages of the protest, social media use is effective for bringing a large influx of participants, especially as a response to police violence. These results may indicate that social media can provide the “moral shock” that has the power to recruit strangers.